Lily Collins Unfiltered: No Shame, No Regrets, Just Me 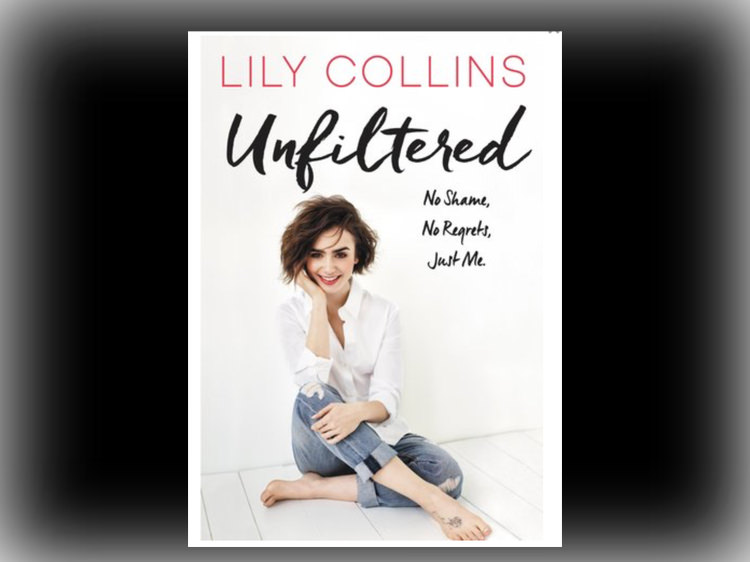 I am a huge fan of the actress Lily Collins. The fact that she’s the face of Lancome is the only reason I still buy their products. I was very disappointed by this brand in the past few years. I bought Lily’s book without any expectations. Unfiltered: No Shame, No Regrets, Just Me turned out to be a pretty serious read and it really impressed me..

I’ve always been skeptical of books written by celebrities. No matter the content, the famous person’s fans are going to buy the book. I also knew that it contains essays, based on Lily’s life and she’s only 28. Collins shares her personal experience in order to show young women that they are not alone, and that their struggles are more common than they think.

In the beginning of the book Lily tells us that she’s been in an abusive relationship. She doesn’t mention the name of the person and I have to admit that I spent a good amount of time googling. I still don’t know who was he. I really like that she emphasizes on the fact that domestic violence is not only physical. She describes the psychological effects and the loss of self esteem. Lily talks about a few other toxic relationships she’s been in as well, and about what she has learned about herself from them.

A lot of celebrities talked publicly about their struggles with an eating disorder. I wasn’t surprised that Lily also spoke out. Her weight is up and down in her films. Her newest film To the bone (2017) is about a young girl dealing with anorexia and I can’t wait to watch it. Lily struggles with bulimia as a teenager and speaks openly about this period. She describes how the need to control something in her life and to be perfect contributed to her developing the mental condition.

The book contains a letter, which Lily writes to her father. Of course, this caused a social media sensation because we are talking about Phil Collins here. She writes about feeling abandoned by him after the divorce and about how his problems with alcohol reflected on her. I was surprised how honest she was. I felt really close to Lily while I was reading. When I started the part about her father, it hit me for the first time that she’s a daughter of celebrity and her life is quite privileged. Lily is down-to-earth and really makes you feel like you are not alone.

If you are simply a huge fan of Lily, the book contains a lot of interesting facts about her. She is a huge Harry Potter fan and she likes to cook.

I definitely enjoyed Unfiltered: No Shame, No Regrets, Just Me. I think it’s a great book for a young girl to read, because it describes real issues. If you’ve been through one of these things, it will make you feel like you are not alone. I’m happy that Lily has decided to give such a book to her fans.