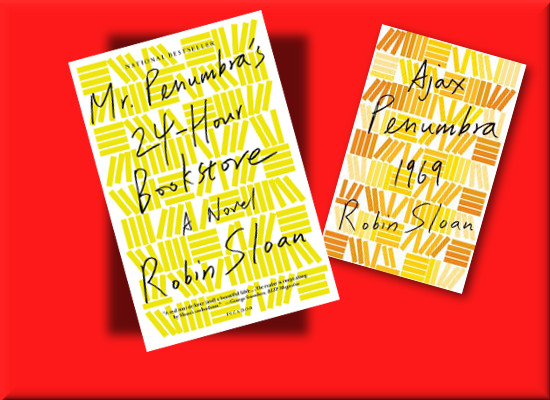 The story takes place in San Francisco. The main character Clay is a web designer, who loses his job because of the bad economy. He starts working in Mr. Penumbra's 24-hour bookstore. His new workplace though turns out to be quite weird. In this bookstore there are almost zero new books and almost zero customers. Sometimes strange looking people come and rent some books and these books look unreadable to Clay. He decides to figure out the mystery of the bookstore. In the story the past and the new technologies are tangled.

Clay is determined to find out the truth and gets help from Kat, who works at Google, and his best friend since childhood, who is now rich thanks to the new technologies. In this book there are secret societies, conspiracy, mysteries and computers. I really enjoyed it and the only reason I am not giving it five stars is the ending which I find to be quite unrealistic. There is also a published short book "Ajax Penumbra 1969", which tells the story of the bookstore's owner. I liked the characters a lot especially Clay.

If you are interested in the ways that the technologies change the world, I highly recommend this book to you.