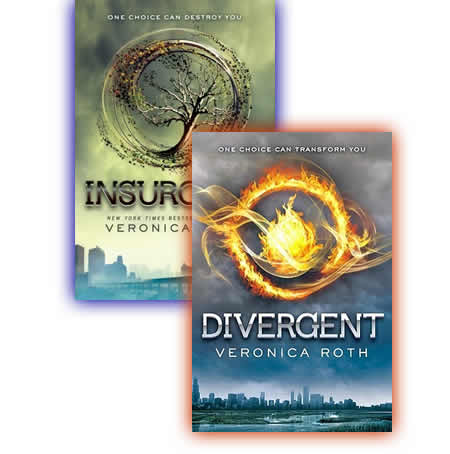 Veronica Roth is only 22-years old. That was the first thing that I noticed looking at the cover of Divergent. About the book I can only say that it is one of the best books that I have read recently.

Divergent tells the story of a dystopian society divided into factions. Every one of the factions has very extreme understandings about what have costed the downfall of the man kind.

The Erudite believe that the reason was that people were not enough educated and for them knowledge is the most important thing.

The Amity think that the wars and the conflicts were people's biggest mistakes. If you are a member of this faction you should avoid confrontation at any cost.

The Cendor think that lying was the biggest sin of humans and the members of this society tell only the truth.

For the Daunthless people were not brave enough and for them the bravery is the strongest quality.

The main character Beatrice belongs to Abnegation. They have devoted their lives to helping others. In Abnegation even looking yourself in the mirror is considered selfish.

At the age of sixteen the teenagers should choose - they can either stay in the faction they were born into or go to a different faction. Tris goes through a test which should show which faction is the best for her. The results show that she is Divergent, something she had never heard of before and according to the others dangerous for her life.

I highly recommend this book. In Bulgaria only the first book in the trilogy is out. I am currently reading the second book Insurgent on Kindle. The third book will be out fall 2013.