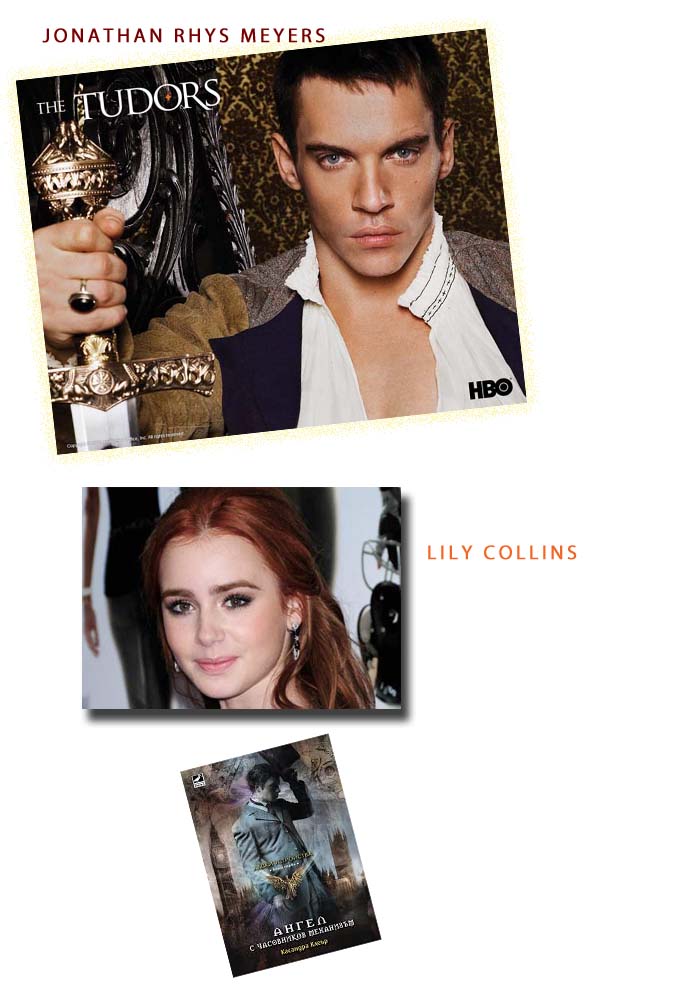 One of my favourite fantasy series are the Mortal instruments by Cassandra Clare. Five out of six books are published. Only four books are translated in Bulgarian. I am pretty excited about the forthcoming movie. The premiere of City of Bones is planned for August 2013. The female lead role is given to Lily Collins, the daughter of Phil Collins. I think she suits the role. Jonathan Rhys Meyers will be playing her father. He is well known as the sexy king from The Tudors.

The world described by Cassandra Clare is so possessing and interesting that she started another series about the shadow hunters even before all the books from the Mortal instruments series are published.

The first book from the Infernal Devices series is called Clockwork angel. The second book Clockwork prince is also released. The story in Clockwork angel takes place in England during the time of queen Victoria. The main character Tessa arrives in London from America to live with her brother after the death of her aunt. At the harbour she is taken hostage by the witches called the Dark sisters. Tessa finds out that she has the amazing ability to change the way she looks and take the appearance of whoever she wants. She is saved by the shadow hunters and she discovers a world she does not know anything about. In this book the nephilims do not fight the demons, they are against artificially made humans. There is a bad boy in this story and of course Tessa falls for him.

I liked this book and I will definiely read Clockwork prince too.

Cassandra Clare is going to publish another book series about the shadow hunters called The dark artifices.